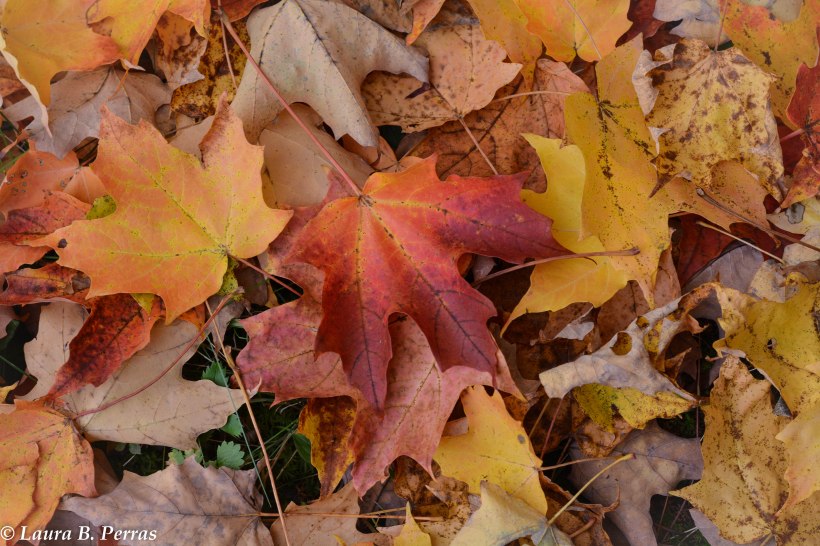 I saw something…unexpected…this past week.

It happened on a day that the weather had been dreary. The sky was overcast, a gunmetal gray, and it was misting. The leaves coating the driveway had become slick, treacherous. My steps were slower, my mind torn between focusing on my footing and the worries of the week.

And that’s when the flash of movement in my periphery vision occurred.

That’s when I stopped walking.

That’s when I saw a squirrel dragging a jar of peanut butter up a tree.

Yes. That’s right. I saw an average-sized squirrel dragging a jar of peanut butter (it was an organic brand, by the way) up a maple tree. As I watched—a little in awe at the squirrel’s determination—the poor thing continued to struggle with the jar. It was trying to lift and climb at the same time and while it was a noticeably difficult task, the squirrel didn’t give up. It wanted to bring that jar home to its nest. It didn’t care that the jar was nearly double its size or that the tree was taller than our apartment building. It kept on going, and when the challenge became too much, the squirrel would rest for a moment, catch its breath, and then continue onward and upward.

You’ve got this, Squirrel! I caught myself thinking.

It’s probably a bit…strange…to cheer for a squirrel, I will give you that. But, in my defense, it’s not every day that a squirrel a) finds a jar of peanut butter, b) hauls it up a tree, and c) I’m in the right spot, at the right time, to witness it. The sight of that squirrel not only lifted my spirits, it made me question, do I approach the gifts of this life—do I attack my dreams and goals—with as much enthusiasm as that squirrel did a jar of peanut butter?

If I am being honest, the answer to that question is a very weak-sounding “sometimes”. Sure, sometimes, I do take steps to attain my goals. I mean, hey, it only took me two years to create this blog, but I finally carried this peanut butter jar home. Conversely, a lot of the time, I only think about what I want to accomplish and then never actually take the necessary steps to achieve those dreams.

So, dear readers, as this week unfolds I am challenging myself—and inviting you—to think about what it is you want. Do you want organic peanut butter? Almond butter? Hazelnut spread? Identify what sparks your creativity, what goals and dreams you hope to accomplish in this life, and then put yourself in the place of that squirrel. Ask yourself: are you determined to carry that jar up a tree, no matter how hard it’s going to be?

If the answer is “yes”, then I hope I’ll see you out there, climbing.